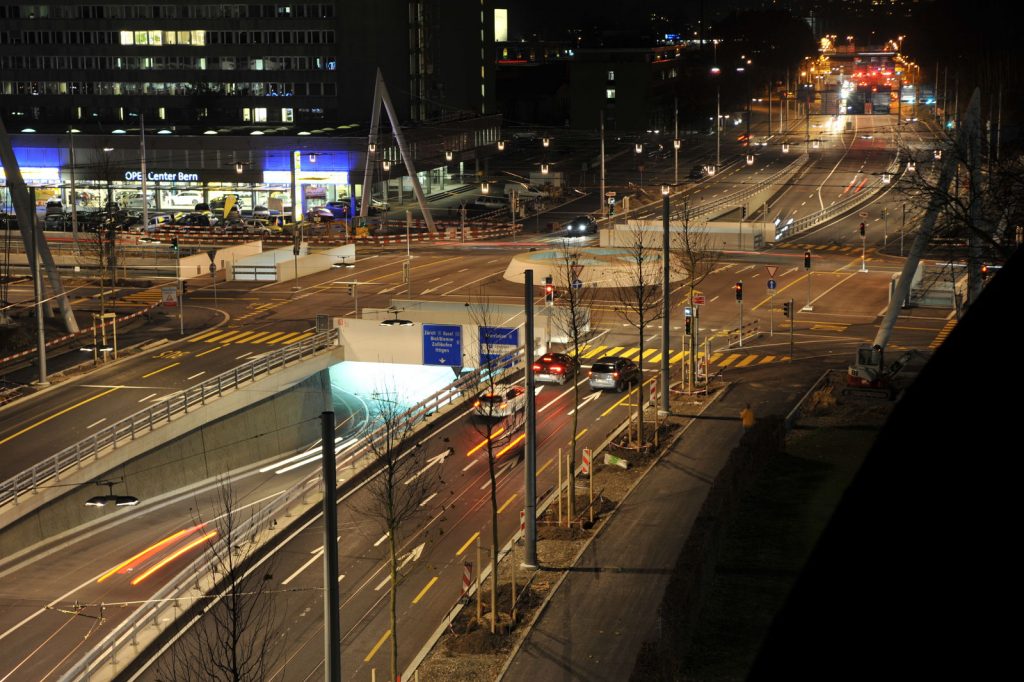 Part of the vs | plus world are also appropriate tools. They guarantee the user a structured, quality-assured process in the creation of a intersection control or coordination. The entire parameterization and processing process is accelerated and optimized by our tools (e.g. the vs | workSuite) and is robust against errors.

We differentiate between products for various processes in the creation of traffic control.

The basic objects for a traffic control system are defined by means of basic information. These are the topology of the intersection, signal groups, detectors, etc. The result of the planning is a basic supply. This can also be supplied as a fixed time control. You can generate the basic supply in our tools (vs | workSuite) or with tools from third-party manufacturers (Siemens SiTraffic Office, Ampel, LISA +, etc.). Our tools have an interface to read in OCIT files and to continue working on them.

vs | plus and vs | workSuite is characterized by openness, but also independence from any planning philosophy, operational organization and processing as well as tools and controllers from other manufacturers.

Whether full traffic actuation or partial traffic dependency, whether signal group or phase-oriented control, whether absolute or moderate acceleration of public transport, the user himself defines his planning philosophy and planning principles and realizes them with the object world of vs | plus.

The vs | plus world is also independent of the operating concept of the user. The process flow for the development, testing, commissioning and maintenance of the control corresponds to the engineering approach and can be integrated into any operational environment, be it that of an administration or an engineering office or that of a signaling company. The division of work processes and responsibilities is also possible at any time.

The specification of all necessary supply data for the control device is completely manufacturer-neutral and ensures a clear delimitation of the competencies. The security requirements are taken into account through clear, non-redundant data management.

Although the traffic-related test at the workplace does not differ from that on the device, both tests can be carried out independently of each other and thus lead to a high level of safety.

The vs | plus world is integrated via its OCIT capability completely in every system environment. vs | workSuite and vs | plus have all the necessary OCIT interfaces, which means that they are neutral and independent of traffic engineering workstations, various test and simulation environments and control devices from different manufacturers. So they can be embedded in any OCIT environment of traffic control and traffic management systems.

Starting from the basic supply created while planning we enrich the control with the traffic dependency.

Due to its parameter technique, vs | plus is particularly economical and always traceable when in use. A vs | plus control – also by different planners – can be adapted to changed traffic conditions. Compared to other methods, maintenance of the control/parametrization is much easier.

A particular strength of vs | plus is its functionality to enhance and accelerate public transport. With its high flexibility, a wide range of traffic-related requests can be implemented.

vs | test was developed for convenient testing of the vs | workSuite created control. vs | test is the testing and diagnostic tool for traffic-dependent light signal systems in vs | plus.

The test of a parametrization is particularly comfortable with vs | test. Detector registrations are generated directly on the screen with the mouse during operation. Signal times and detector registrations are graphically visualized during runtime. At the same time, logs are created that make the control behavior reproducible because all relevant events can be recorded and assessed later.

One vs | plus control can be supplied with direct modification options on site. For this purpose, the supply file is edited directly in a convenient Windows user interface and – during operation – read and saved via upload and download via a separate data memory.

With the module quality analysis of the tool vs | workSuite we provide a powerful function and quality analysis for traffic systems controls. The user receives meaningful information about his current controls quickly and promptly and can therefore also operate consistent quality assurance after commissioning.

Interfaces for recording the required raw data are available for the most important existing systems as well as for OCIT-capable traffic computers and control units.

Once the raw data has been captured and recorded by the controller during operation, the data storage of vs | workSuite enables you for a variety of evaluations. These are subdivided into a detailed analysis with the help of the original raw data as well as a variety of further, graphic evaluations in simple and complex form.

The integrated so-called raw data viewer allows a direct view of the measured values ​​in the time grid of the recording. Measured values ​​can be signal group statuses, loop values, status counters or any variables from the controller (e.g. vs | plus). With the help of statistics modules, more complex investigations, e.g. determine the actual performance of a traffic systems or waiting times in the driveways.

Extensive setting variants allow the chart display to be set up according to your own ideas. Data and graphics can be printed out at the push of a button.